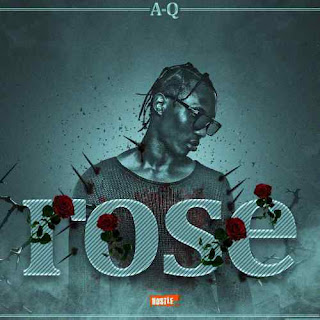 The name A-Q has been a constant name in the Nigerian industry from 2010, since then the rapper has released numerous singles, eps, mixtapes, and 2 Albums “Past, Present and Future and The “Son of John” which was released in 2015, The rapper has proved that independent rappers can sell as much as A list Pop artist on Record Labels if they are properly organized and make good use of their fan base. The Body of work which the rapper claims to have been working on for 2 years noticeably has some credible A list features on it, Sound Sultan, Yemi Alade, M.I Abaga, Naeto C, Small Doctor, Jesse Jagz, Ghanian Rapper Edem etc.
The 17 track Album was entirely produced By the artist long time producer Beats By Jayy, except track 17 which was produced by A-Q himself, The rapper surprisingly had A&R assistance from pro hiphop activist Tersoo T-Rex*x Abaagu, and chocolate city boss, M.i ABaga. Does this album have what it takes to be the hiphop Album of the year? stream and download from the following links below and tell us 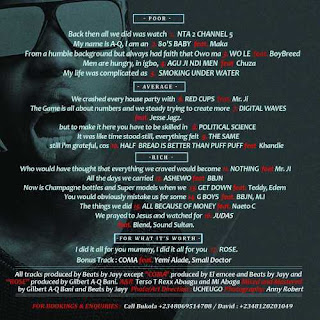