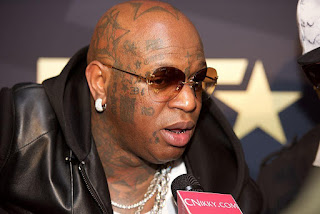 The ongoing saga of Lil Wayne’s disputes with his label Cash Money, and more specifically its owner Birdman, have been well documented. Lawsuits have been slung back and forth, and we still don’t have Tha Carter V. Birdman made an appearance on ESPN’s Cari Champion’s “Be Honest” podcast, and spoke on his relationship with Weezy. He declared that he intends to make things right with his former friend.
Specifically Birdman says he wants to “heal” his relationship and says that Wayne is “still my son.” The Cash Money label head continues, “I don’t like how a lot of this shit went down, definitely don’t like a lot of shit he had said, but at the end of the day I would never in my life say nothing negative about him.” Birman has a long way to go to earn back most people’s good will, but being able to look past Lil Wayne saying “Fuck Cash Money” and “Fuck the Birdman” during shows is a start. 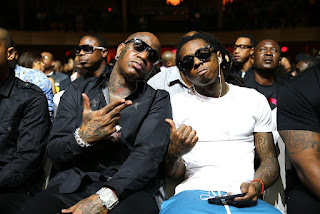 Even if the two haven’t been speaking directly, their lawyers undoubtedly have regarding the $51 million lawsuit that’s ongoing. Birdman declares he “won’t finish the game without Wayne,” so hopefully this saga can come to a close soon. However, Birdman might have a few other things to take care of first. He was recently hit with a $3.3 million lawsuit for unpaid sample royalties.
Share This