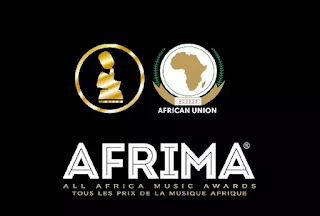 The 13-man Jury of the All Africa Music Awards, AFRIMA and The African Union Commission, AUC, have released the highly anticipated 2016 Nominees List for the Continental Categories of Africa’s leading awards project.
The 2016 AFRIMA Continental Nominees List was released to the public via the media and on the AFRIMA website on Tuesday, September 6, two weeks after the Nominees list for the Regional Categories of the awards were unveiled on Monday, August 22 at a Press Conference in Lagos.
The 22 continental nomination categories include different music genres, as well as coveted categories of “Artiste of the Year in Africa”, “Best Video in Africa”, “Best Producer in Africa”, “Best Songwriter in Africa” and “Revelation of the Year in Africa”.
This year also saw the introduction of an innovative category by the AUC and International Jury of AFRIMA titled “African Fans Favourite”, to recognize African artistes who create chart-topping music that propels them within and outside their respective countries and regions.
Reiterating the organizers’ position on fairness and transparency, Associate Producer, AFRIMA, Ms. Adenrele Niyi, said the gap between when the Regional and Continental Nominees List were released was necessary for the Jury to ‘painstakingly review and grade the qualified entries submitted and carefully and accurately fit them into their appropriate categories’.

“There is the need to be accurate right from the process of verifying eligibility of entries to the process of collating and finalizing results. Screening and selection of entries are evolving processes which we work painstakingly at to ensure transparency and fairness”, She added.
The Regional Categories which featured Best Female Artistes and Best Male Artistes of the five regions, nominated 65 artistes while 184 nominees make up the newly released continental categories with online public voting expected to begin on Monday, September 12 on the AFRIMA’s website.
Also commending the commitment of the AFRIMA Jury to the adjudication process, Director of Communication/Sponsorship, AFRIMA, Ms. Matlou Tsotetsi observed that having been tasked with the responsibility, the Jury dedicates time and effort to get the best expressions of the rich African cultural heritage in music.
Ms. Tsotetsi said: “The urbane mix of African sounds in sync with modern tunes and works that promote the positive image of Africa to the world, are some of the guidelines the Jury worked with during the screening/selection exercise. AFRIMA will continue to maintain exemplary standards and uphold African music and culture as it had done since inception in 2014. The process is very transparent and the public can follow the entire process online and make any enquiries to the AFRIMA Secretariat.”

Public voting for the nominees in the different categories of the awards opens on Monday, September 12 and ends Saturday, November 5.
In partnership with the AUC and the Official Host City, Lagos State, AFRIMA 3.0. calendar of events for November 4-6, 2016 will include the Africa Music Business Summit on Friday, November 4, and the AFRIMA Music Village, an open concert-style festival featuring nominees and other top-billed music stars.
The grand awards ceremony holds on Sunday, November 6 with over 6,000 guests expected in Lagos, Nigeria for the various events.
Share This