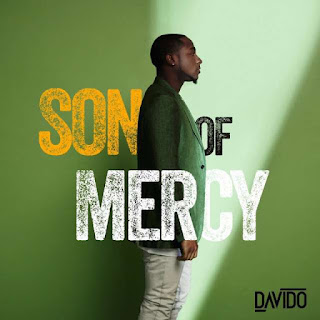 Davido is finally set to release his much anticipated EP “Son Of Mercy” on September 30, 2016. The EP has been announced to drop on September 30,
2016 and is now available for pre-order on digital platforms.
The artwork for the EP has been unveiled as well as shared by the singer on social media .

After an initial scheduled release date, the singer’s team pushed the date forward for reasons unclear, but was reportedly gathered according to sources that Sony Music which Davido is signed to would rather not have two Nigeria-America collaborations hitting the
world market on the same day, and competing against each other, speaking of the Wizkid collaboration with American singer Justin Skye ‘You don’t know’.
The double EP as made known by Davido, is expected to contain seven tracks and spring some surprises according to the singer. Artistes such as Young Thug, Tinashe and Trey Songz are said to be featured on the project.
The video for his collaboration How long with Tinashe is also being expected.
Share This