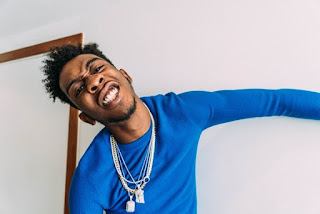 Rising rap star Desiigner was arrested in New York City on Thursday (September 8). The arrest reportedly happened after an argument in traffic between five people in an SUV and a driver in another car. The driver of the other car claims that Desiigner aimed a gun at him during the dispute.
After the SUV left, the driver in the other car called police and provided them with the SUV’s license plate number. Authorities soon caught up with the vehicle, searched it, and found Oxycontin and other drugs, says TMZ’s source.The “Panda” rapper, along with four other people he was riding with, have reportedly been charged with criminal possession of a controlled substance and criminal possession of drugs with intent to sell.For allegedly threatening the other driver with a gun, the 19-year-old rapper was also hit with a charge of criminal possession of a loaded weapon and menacing.
Watch footage of Desiigner getting arrested below: