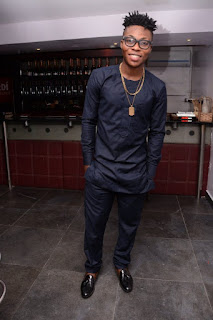 We’ve highly anticipated this album and its almost here. However, the Mavin Crew have made it public that there would be an album listening party to Headies winner Reekado Banks .
Mavin Boss, Don Jazzy made a post via Instagram saying; # Spotlight loading…..Album listening party tommorrow. #Mavin. A lot of albums to digest at the second half of the year and fans would be hoping Reekys album would be worth the wait.
The Oluwa Ni singer, has recently claimed his price from Headies organizers for winning the Next Rated Artist of the year which created a lot of controversy. Congrats to the young lad once again.
Share This