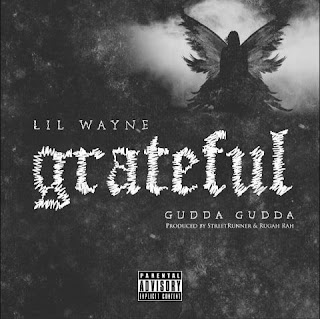 Not long after hinting at retirement via a series of cryptic tweets, Lil Wayne has returned. His brand-new song “Grateful” features longtime cohort Gudda Gudda and is produced by StreetRunner and Rugah Rah. Wayne’s verse has a message for his labelhead Birdman, with whom he has been publicly feuding.
He also clearly says “No more CMB,” which is not a surprise, given how publicly critical the superstar has been about his label lately.
Download & Listen up!!
DOWNLOAD