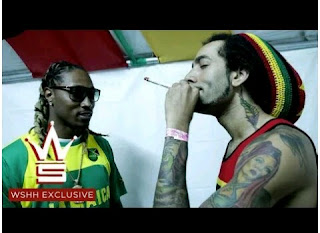 Since they released Project E.T. (Esco Terrestrial) in June, DJ Esco and Future have released videos from the project at roughly a video-per-month clip. They released”Juice” in July. They released “Benjamins” in August. Today, the release the video for one of the tape’s more mellow tracks, “Married to the Game.”
Clocking in at just under seven minutes, “Married to the Game” doubles as a preview for Esco’s upcoming documentary of the same name. The video is a compilation of footage from concerts and backstage antics, with footage of the trusty duo of Esco and Future chopping it up worked in throughout.
DOWNLOAD
Share This