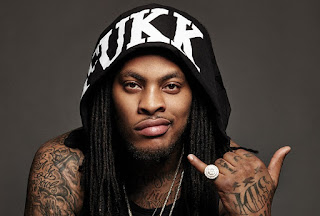 Waka Flocka’s been on a prolific streak lately, dropping his Lebron Flocka James 4 mixtape with Young Sizzle and then two EDM-leaning collabs this month, one with Pretty Lights and another with Big Gigantic. Trying out all kinds of sounds, among Waka’s best work are the two “FlockMix” freestyles he put out, first to Kanye West’s “Real Friends” and then to Drake’s “Hype,” earlier this year. His “Real Friends” remix received an inspiring visual last month, and he’s now come through with the video to the “Hype” FlockMix.
The video finds Waka rapping in front of a green screen, which shuffles between a dizzying array of footage, including Waka shutting down streets in Europe, the OJ trial, and ridiculous dunks from LeBron and Westbrook, the latter who’s underrated much like Waka. Let’s take a second to focus on just how clean his lyrics are here. And his raging energy is still intact just the same as when he entered the game. Gotta respect this evolution.
Enjoy!!
STREAM VIDEO
Share This