CLASSIQ ISSUES APOLOGY LETTERS TO RAHAMA SADAU & THE PUBLIC OVER HIS RECENT MUSIC VIDEO, ‘I LOVE YOU / @classiq_ - I.T.U.K musik

Home Unlabelled CLASSIQ ISSUES APOLOGY LETTERS TO RAHAMA SADAU & THE PUBLIC OVER HIS RECENT MUSIC VIDEO, ‘I LOVE YOU / @classiq_

CLASSIQ ISSUES APOLOGY LETTERS TO RAHAMA SADAU & THE PUBLIC OVER HIS RECENT MUSIC VIDEO, ‘I LOVE YOU / @classiq_ 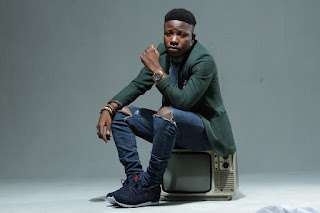 Apology to Rahama Sadau:
Following the release of my latest single “I Love You” featuring Avala, as well as its official video, with a cameo from the very talented Rahama Sadau, it has come to my attention that the video has been met with strong criticism from certain quarters.
As much as I believe in the art that I call music, I am also sensitive to some cultural perception towards the professional challenges that we all face.
To this end, and further to my private apologies, I would like to make an unreserved public apology to Rahama Sadau for the consequences she is facing for appearing in my video.
I would also like to apologize to the fans and
audience of my music who have been offended by the content of my music . I assure you that no offence or disrespect was intended; just the creation of beautiful music and a video portrayal of my art.
Rahama, you are a supremely talented and hardworking young lady, who is excelling in your industry and pushing boundaries. You remain a role model; we stand with you.
Thank you for taking the time out to work with me.
Yours truly,
ClassiQ. 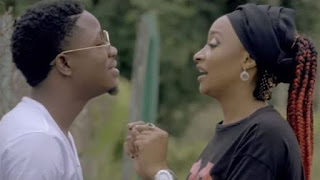 A Message from ClassiQ: Letter to the Public
The release of my latest single “I Love You” featuring Avala, as well as its official video, with a cameo from the very talented Rahama Sadau, has garnered widespread acclaim in just a short time. However, the video has also been met with strong criticism from certain quarters.
I am, first and foremost, an artist and a creative. Music is my art; music is my platform. Music is also my method of telling stories, painting pictures and bringing out both the real and the imaginative. We are all ambassadors of art, in one way or another, even the fans!
It has come to my knowledge that my music has caused an issue in certain parts of the Nigerian creative industry. As much as we all have the liberty to set our individual or collective principles and ethical standards, my work is never directed at any particular person or group.
It is therefore, not intended to offend, ridicule or challenge any standards that have been set anywhere, most especially when I am not a part of that group.
To this end, I empathize with those who have been on the receiving end of the criticism and judgments passed as a direct result of my music.
I implore the entire global creative industry to encourage, appreciate and accept art in all of its different forms.
Thank you to all ambassadors of art. We are family.
ClassiQ.