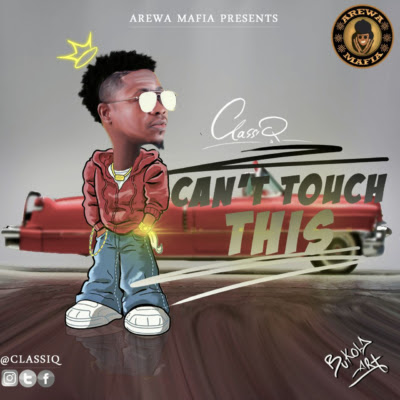 After the controversial video of his single titled ‘I Love You Ft. Avala in October 2016, which starred the Ex-Kannywood actress ‘Rahama Sadau’.
ClassiQ is here with something more sleek this time, having this old-school feel like you’ll always want it. The song is titled ‘Can’t Touch This ‘. This is ClassiQ’s first production done under his famous brand name Arewa Mafia!
Download and Listen.
DOWNLOAD
Share This