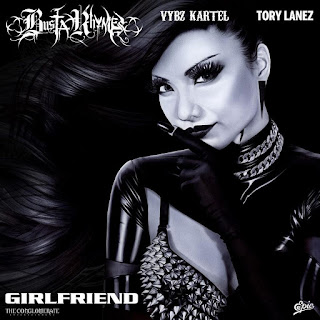 Busta Rhymes is a legend in the game. While he doesn’t generally get the same level of props as many of the obvious
GOAT contenders, the fact remains that
Bus-A-Bus has been a mainstay in the game for nearly two decades. Plus, dude has worked with pretty much everybody, a boast which can now include talented new artists like Canadian rapper Tory Lanez . Now, after teasing the drop a few days back, Busta’ s latest single “Girlfriend” has surfaced online .
The track is clearly a homage to Busta’s Jamaican roots; if the feature from dancehall icon Vybz Kartel didn’t give it away, then Busta’s cadence and patois usage should do the trick. Over a breezy and summer-inspired beat from Rockwilder, Busta showcases some of his oft-imitated flow, pulling it back in favor of a catchy melody. It’s definitely new musical territory from Busta , who seems to have gravitated toward the music of his heritage in his older years, not unlike the curious case of Snoop Lion .
Take A Listen Below