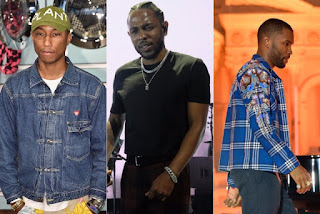 N.E.R.D have released their latest song “Don’t Don’t Do It!” through Zane Lowe’s Beats 1 show. Pharrell Williams told the host that the new cut, which features Kendrick Lamar and an intro written by Frank Ocean, was inspired by Keith Scott, who was killed during a fatal run-in with the police last year. Officers had invaded Scott’s apartment complex during a search for an unrelated man with an outstanding warrant. Police said office Brentley Vinson shot Scott after seeing him leave his vehicle with a handgun, a claim Scott’s wife refuted.