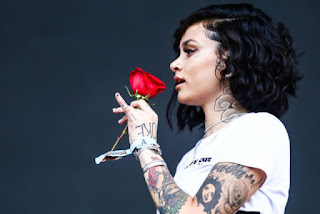 Kehlani just dropped “Again,” a sweet acoustic ditty that, according to Kehlani herself, is completely unmixed. “Again” was produced by Geoffro, the same producer behind the singer’s similarly-acoustic “Honey.” Though Kehlani has yet to announce a formal follow-up to her studio debut album SweetSexySavage, she’s kept a steady flow of music coming with “Honey,” “Again,” and the electronic Fifty Shades-esque “Touch.
DOWNLOAD Kehlani – Again