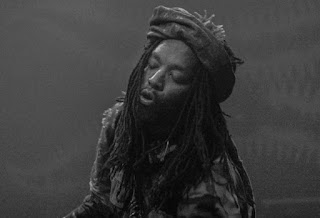 Lupe Fiasco hasn’t been releasing music through streaming services. Instead, he’s been dropping off new music, whether it be freestyles or short snippets, through social media videos, primarily on Twitter. In 2017, he promised the release of DROGAS Wave before the end of the year but in SeptemberToday, he digs into his vault for his new song “Harold’s. Lupe Fiasco pays homage to Chicago’s staple chicken shack with his latest song, “Harold’s.” The song was initially slated to appear on DROGAS Light but didn’t end up making the cut. The song was produced by Chris Dave who comes through with a clean, sample heavy beat.
DOWNLOAD Below
DOWNLOAD Lupe Fiasco – Harold’s
Tags # Music
Share This