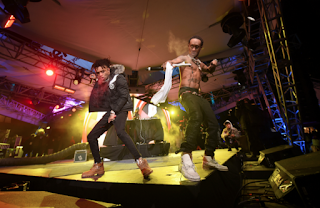 Rae Sremmurd are officially kicking off their next music era with the release of new single, “T’d Up.” The song is the first taste of the rap duo’s triple-disc third album,Along with the song release, producer and Ear Drummers CEO Mike Will Made-It shared the titles for all three albums in a series of tweets that also promised quality music.
DOWNLOAD Rae Sremmurd – T’d Up
Tags # Music
Share This