DMX Rapper sentenced to 1 year in jail for tax evasion 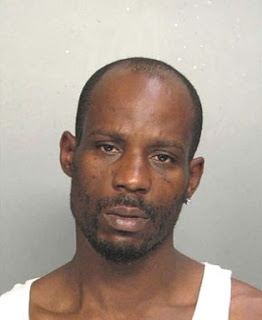 DMX has been sentenced to one year in jail for tax evasion for over ten years.

The Ruff Ryder rapper whose real name is Earl Simmons was brought before a judge, Jed Rakoff who delivered the sentencing.
It is reported that DMX  didn't pay tax on income earned from 2002 to 2005, and from 2010 to 2015. On top of the prison sentence, Simmons must pay $2.29M back to the US government.
Simmons had pleaded guilty to one count of tax evasion but disputed the prosecution’s claim that he deliberately avoided tax by living a “cash lifestyle”, and by concealing his wealth during a bankruptcy hearing. He said he did not steal the money “like a criminal in a comic book”, and acknowledged that the tax should be paid.
The sentence was a long way below the five years recommended by the prosecution. Sentencing judge Jed Rakoff acknowledged Simmons was “a good man, a very far from perfect man”, but said he had committed a “brazen and blatant” crime.