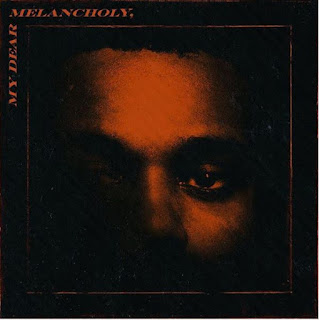 The Weeknd My Dear Melancholy
The Weeknd’s 2016 album, Starboy, was the musical equivalent of a Hollywood blockbuster: action-packed, star-studded, with a little something for everyone.
Here, he returns to his unfiltered, art-house roots with a release so intimate and tortured, you’ll feel like a fly on his bedroom wall. Stuttering snares, gauzy production, and R-rated lyrics about sex and drugs (“I got two red pills to take the blues away,” he coos through a vocoder on “Privilege”) paint a vivid picture of a brooding Lothario—one that strongly resembles the dark artist we initially met on House of Balloons.
This time around, he’s tapped gothic electro king Gesaffelstein, who has also produced for Kanye West, to bring a sheen to the shadows with neon synths and fuzzy echoes that lift his signature anguish into new emotional heights.
The EP My Dear Melancholy comes out laced with 6 songs long and the only features are both from Gesaffelstein.
"DOWNLOAD ZIP HERE"
Tags # E.P
Share This

Email ThisBlogThis!Share to TwitterShare to FacebookShare to Pinterest
Tags: E.P