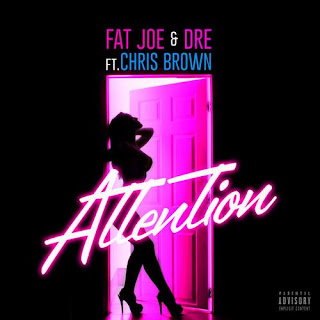 One of the first things that Fat Joe utters on “Attention” is “It’s like deja vu,” and much like he suggests, this pairing is very much something we’ve seen in the past. Previously teaming up for “Another Round,” Fat Joe and Chris Brown have gotten together once again years later in order to promote Joe’s upcoming album.
With the track being teased earlier this month on social media, “Attention” has finally surfaced as the next single from Family Ties, featuring work from Cool & Dre’s Dre and Chris Brown on the hook.
DOWNLOAD Fat Joe & Dre – Attention Ft Chris Brown