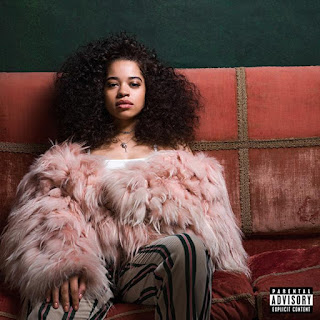 It’s safe to say 2018 has been the year of Ella Mai. From exploding onto the scene with her lovestruck tune “Boo’d Up” to going on the road with Bruno Mars for the 24K Magic tour, the 23-year-old British singer has quickly become one of the hottest R&B singers in the game, most recently performing at the American Music Awards earlier this week. Now looking to take the next step toward stardom, Ella decides to come through today and share her self-titled debut album.
Laced with 15 tracks in total, the follow up to last year’s Ready EP features guest appearances from Chris Brown, John Legendand H.E.R.. Meanwhile production is handled by her 10 Summers boss DJ Mustard, along with the likes of Bryan-Michael Cox, Dayyon Alexander, Harmony Samuels, Jeff Alexander, J Holt, ​& Kosine, among others.
DOWNLOAD FULL ALBUM
Tags # Album
Share This

Email ThisBlogThis!Share to TwitterShare to FacebookShare to Pinterest
Tags: Album