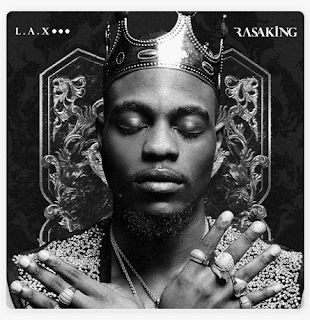 L.A.X has had a busy year in the run-up to the release of his debut album, Rasaking. After dropping his third collaboration with Wizkid and teaming up with DJ Cuppy on “Currency”, the long-awaited album is finally here, including heavyweight features from Davido, Maleek Berry, Duncan Mighty and more.
Scarcely as they come, L.A.X always drops bangers, right from his breakout track with Wizkid, “Caro” to their most recent collaboration, “Nobody”. Given this, we expected an amazing body of work from the gifted singer, however, we didn’t quite get that.
Rasaking sees L.A.X trying out a bunch different sounds, but the results are rarely great. Save for the Duncan Mighty-assisted “Wassap”  and the super catchy “Same Girl” featuring Davido, most of the other songs on the project are pretty forgettable.
Given the quality of Nigerian music that has been released this year — from Burna Boy’s game-changing Outside to Odunsi’s fantastic rare. — it will be hard for this album to stand out. Notwithstanding, we’re still intrigued to see what’s next for the undeniably talented afropop star.
Until then, listen to Rasaking below:

Email ThisBlogThis!Share to TwitterShare to FacebookShare to Pinterest
Tags: Album