Tiwa Savage Has A Message For Everyone Slamming Her Over “Fever” Video - I.T.U.K musik 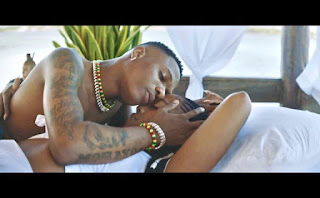 Three days after it’s release “Fever” is still one of the most controversial music video currently out there in the music scene. The video has prompted and given cyber bullies an opportunity to go on Tiwa’s page and drop abusive comments. It seems the comments have become unbearable for Tiwa Savage as she lashes out at them. She  says via her Insta-story that she has not committed any crime by her actions and if people believe she has committed a crime, they should take her to court. The number 1 African bad girl also promises to serve more hot pepper stew as she does not plan on stopping anytime soon. This is a simple statement that shows that Tiwa does not care about what you call her she is going to keep on living her best life.
See her post below 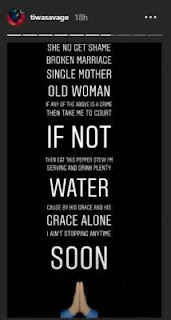