Why I Dumped Iceberg Slim – Juliet Ibrahim Opens Up 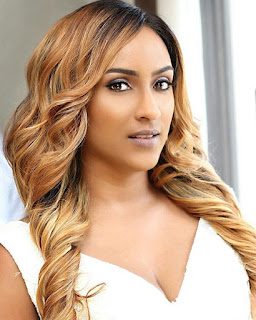 Nollywood actress, Juliet Ibrahim has finally confirmed that her relationship with Nigerian rapper, Iceberg Slim is over. Ibrahim, who has been ignoring reports of their breakup disclosed this while fielding questions from journalists during an event in Ghana.
According to her, they broke up on mutual terms.
The curvy actress said:

”I left the relationship myself. You don’t need to go for anybody. I carried myself.
“When you are in love, you do crazy things and things happen.”

When asked if cheating was the reason for their split, she added,

“I don’t know because they say and I hear all sorts of things but people close to me know what happened. I wouldn’t say because no matter what, I respect the people that I have been with. We broke up on a mutual term.
I do not regret the relationship, you are not supposed to regret anything in life. You are supposed to learn, take it as a lesson.”