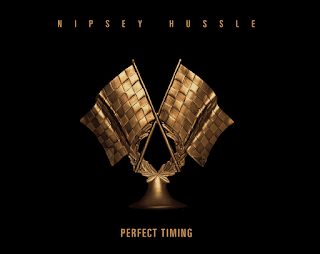 Earlier this year, Nipsey Hussle released his debut project Victory Lap  after years of independent grind and turning down lucrative offers from major labels.
The hard work certainly paid off as fans ended up loving the album. Even critics across the board praised the effort. Nipsey went on to earn a “Best Rap Album” nomination at the GRAMMY awards taking place in February which was certainly well earned.

The West Coast emcee is looking to finish the year strong with a new song titled,  ‘Perfect Timing’.
“I know perfect timing feels like I’m too late / And I know I’m still great in spite of my mistakes / You know it’s authentic, every rhyme I say / My only regret is I made niggas wait,” raps Nipsey on the celebratory track.
DOWNLOAD AND SHARE
DOWNLOAD Music: Nipsey Hussle – Perfect Timing