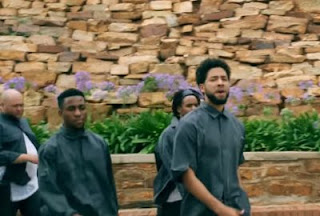 “Hurt People” is one of the remarkable songs recorded by Jussie Smollett, Empire TV series actor known as Jamal Lyon.

The song “Hurt People” is revisited today as a result of his reported homophobic attack in Chicago.
On “Hurt people”, Jussie talks about how angry and mean a broken-hearted person can become, scheming and trying to make others unhappy.
That’s the point of the album that he starts showing his pop side, singing over a beat made with happy kicks, claps and flutes.