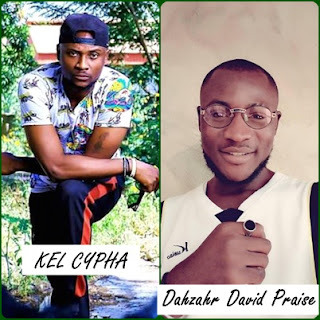 The first time I saw KEL was at NUHU BAMILI POLYTECHNIC ZARIA and the second time I saw KEL was at my house, YES we met!! We met at my place and I could remember telling him how huge he looks LOL…… We chilled, talked and debated for hours, and 95% of all what we talked about was in respect to how “KADUNA ENTERTAINMENT INDUSTRY” should grow…… I remember posting this on my TIMELINE “ kel cypha is one of the realest gee in kaduna” which it is true but I don’t seem to understand him Anymore (who don Jazz u) BOSS……😁😁
It took me 5 good years to study every “demi-god” in KADUNA music industry, I followed this guys BACK to BACK I know them more than themselves and every of their move , and that’s y I always look at my phone and smile each time someone says m doing this for the FAME, yes I got the fame wanted please go get yours because is very necessary, and the most annoying thing is these guys most of them are not indigenes of KADUNA state, “THOUGHTS” I used that slogan “NO ARTIST WILL BE WACK IN MY CITY” because am a full indigene of CHIKUN LOCAL GOVERNMENT back to back “GBAGYI” here in KADUNA STATE, BRO this is my CITY, KADUNA IS MY CITY and since is my city I SHOULD BE ABLE TO HELP MY CITY NO MATTER THE COST!!!😇😇
WHEN I saw your post menh the first thing that I did was to LAUGH, BECAUSE after seeing “ICESIQ” letter I knew u would come for me, and to me that queen move u made was the “wrongest” if there is any word like that , KEL I want these artists to be OPEN to criticism, you want me to tell them they are DOPE when they are not??? KADUNA ARTISTS U don’t want me to criticize you and you guys have forgotten that you will go to LAGOS where they will criticize you no matter how good you are, I called them WACK yes I accept that I did call them wack, but are they wack?? If u ask me Na who I wan ask ??? If I did call you WACK and u r angry bkos I called you wack then “YOU ARE WACK” read it all over again, IF YOU ARE ANGRY THAT I CALLED YOU WACK then truely YOU ARE WACK…..😡😡😡
KEL are you not tired of northern Artists in generally been disregarded in LAGOS?
KEL are you not tired of listening to the same sounds (genre) when these artists are too creative enough to create a genre for themselves ?
KEL are you not tired of seeing what happened at the kaduna peace concert repeating itself allover?
KEL are you not tired of seeing our artists been disregarded at events?
KEL are you not tired of over hyped songs?
KEL are you not tired of seeing overrated artist that are WACK?
KEL are you not tired of seeing artist that are good but are underated?
KEL shebi you love my industry?
KEL with no apology, u disrespected me, and I hate PEOPLE who would preach and not practice it, in quote you said “YOU CANT JUST WAKE UP AND TARNISH A NAME (BRAND) SOMEONE HAVE SUFFERED YEARS TO BUILD” The same people I tagged as WACK “AREWA PRIDE MEDIA” compiled a list of personalities specificially that helped put the Northern music Industry on the map in 2015, and there names are PENNY WEALTH, DAN HAUSAWA DH, MARVELLOUZ , TEDDYBAGG e.t.c and remember you commented with your BLOG handle “KROCKCITYDEGREES” at exactly JANUARY 14, 2016 at 9:52pm and I quote “ stupid 10 times who the fuck is TEDDYBAGG? WACK LIST” KEL called it a WACK LIST 😂😂😂😂……
The screenshots are below for your eyes only👇👇
In general I am leaving NO one out of this, IF you are WACK u r WACK , if u are good i will surely applaud u and still criticize you to do better and also if you have spent 3years doing music in Kaduna remember u are not an upcoming don’t expect to be called an upcoming artists in kaduna because I think already you have understand how the system works , every ARTISTS in my city must buckle up ….. And if u r scared of been criticized pls PACK and LEAVE MY CITY dont 4get EXPECT GREATNESS THANK YOU……. 😇😇
No artist will be WACK in my city😎😎
#NAWBWIMC 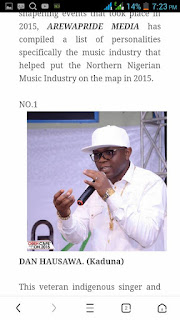 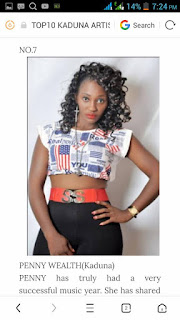 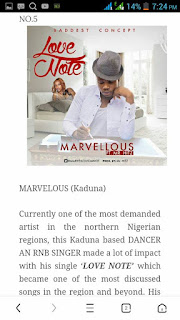 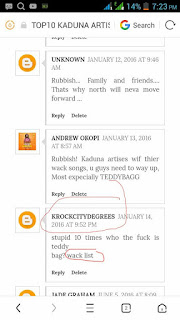 Email ThisBlogThis!Share to TwitterShare to FacebookShare to Pinterest
Tags: Article