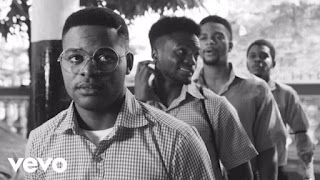 Falz’s Moral Instruction dropped and it was controversial! It got the whole internet talking with several key points being the bone of contention. His distaste for what he calls “Transactional Sex” was frowned at by some women since its release.
This Video, The curriculum is an 8 minute clip that contains snippets from all the tracks on the Moral Instruction and its well directed by Prodigeezy.
DOWNLOAD HERE