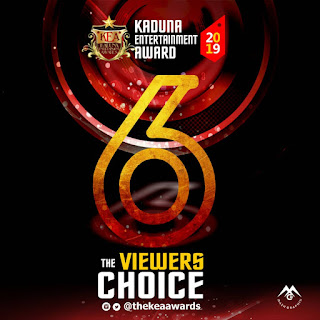 THE KADUNA ENTERTAINMENT AWARDS #THEKEAAWARDS SETS OCT 18th FOR SUBMISSION OF MATERIALS
The Kaduna Entertainment Awards (THEKEAAWARDS) is once again upon us and here are a few things you need to know before submission opens and also find the timetable below,
Please be informed that only original songs would be considered for Kaduna Entertainment Awards #Thekeaawards2019. #theviewerschoiceIf you use someone's beats/instrumentals/soundtrack originally meant for his/her song or if you use a free beat/instrumentals/soundtrack downloaded online, your nomination would automatically be trashed/deleted.
And also if you submit a photo that you captured using your phone or non-quality device, your submission would automatically be invalid
All we ask from you is:
-your songs must be
1. Played on Radio and Radio Shows, making it to Radio top chart will be a plus,
2. on popular music blogs in the country.
3. Qualified songs for nomination must have been released in the year in review (September 2018- September 2019)
- To submit your own song; the beat/instrumentals/soundtrack must be produced purposely for your song.
- Indicate the name of the beat maker/producer
- Send 3 digital photos which you captured from a photo studio
4. For entertainment blogs: If an entertainment blog must obtain a nomination, it must have existed for not less than 6 months.
5. Movie makers and content providers must provide links or submit their work(s) on a hard disk.

Email ThisBlogThis!Share to TwitterShare to FacebookShare to Pinterest
Tags: Events