The recent xenophobic attacks in South Africa against foreigners, particularly Nigerians, has become a cause for concern as many Nigerians who feel strongly about it take to social to comment on the issue

South African rapper, AKA, came under fire from Nigerians on social media for his comments on the xenophobia. Another Nigerian star, MI, however came to AKA’s defence as he explained that his South African colleague actually loves Nigerians. 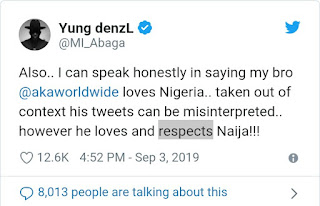 Well, Nigerian Afro-fusion singer, Burna Boy, has reacted to the news. The Ye crooner made sure to drag AKA on the streets of Twitter as he also warned MI of an impending disrespect if he does not stop coming to AKA’s defence.

In a series of tweets, Burna explained that the alleged terrible videos he saw from the attack in SA has broken his heart as he called on Nigerians to protect themselves at all times. 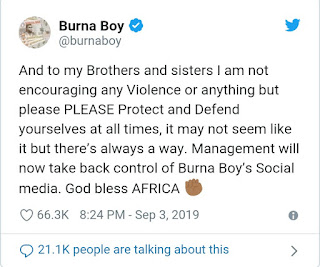 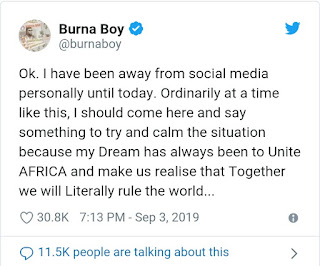 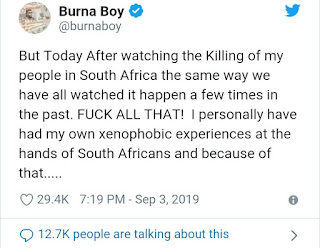 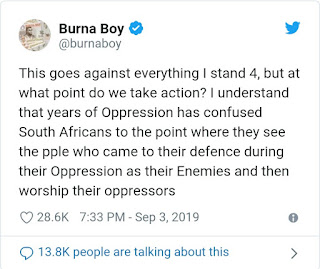 Hushpuppi had accused other celebs of not having any concern about the innocent lives that are being taken but would rather present themselves in the middle of less relevant issues.
Tags # News
Share This