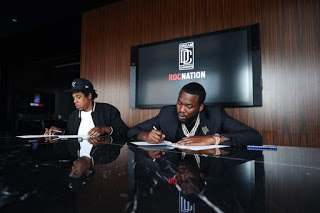 Rapper, Meek Mill has officially launched out Dream Chasers Records in a mutual agreement  with JAY-Z The CEO of  Roc Nation outfit. The Dream Chasers Records was unveiled on July 23rd, 2019 at the Roc Nation headquarters in New York City.
According to the official press release which surfaced on social media, Meek Mill will serve as the President of
Dream Chasers, where he will oversee the label and build a staff that will spearhead talent acquisition and development, label operations, creative strategy, marketing and legal, among other positions.
Meek Mill said Quoted “Creating a record label has always been the next step in my journey as a businessman and I appreciate #RocNation and JAY-Z’s support on this new venture,” Mill said. “I want to take my experiences in the music industry, use them to find young, hungry talent and open doors for the next generation of artists.” 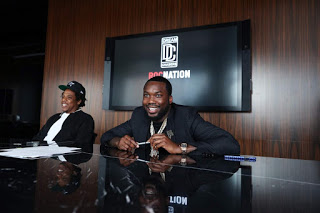