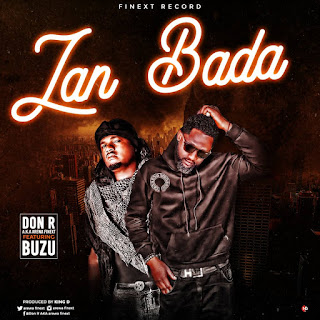 Award-winning Arewa Superstar Don R aka Arewa Finext today releases the audio and video to the standout track “Zan Bada” featuring Buzu released through Finext Records. “Zan Bada” (meaning “I Will Give” in Hausa) is a Love song produced by King D the Magic Fingers.

Directed by Correct Babynus of Correct FM, the visuals for “Zan Bada” was shot in Kano, Nigeria. Here, a love story of love birds confessing their love and making promises of doing anything to show their love is played by Don R aka Arewa Finext, Buzu and two beautiful girls is told.

The audio and visual release of “Zan Bada” continues a successful year for Don R Aka Arewa Finext. Don R is Proving he is out to give his fans hits Back to Back.

On FB: Don R aka Arewa