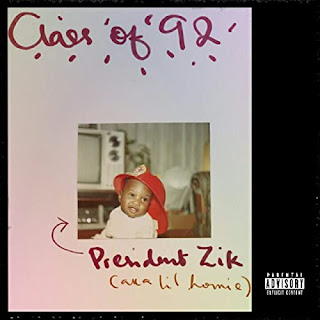 Zachary Kwaga Popularly known as President Zik is a multi talented rapper, singer and actor based in Zaria, Kaduna State. Zik opens up on how he was exposed to a great amount of  different music genres. He said he listened to alot of BIG, Jay Z, Sade Adu and contemporaries like Drake and J. Cole.

He began to pursue his musical career in the year 2010, and subsequently he joined/formed the collective Big head phones (BHP) along with 4 other talented musicians in the year 2012.

Email ThisBlogThis!Share to TwitterShare to FacebookShare to Pinterest
Tags: Mixtape